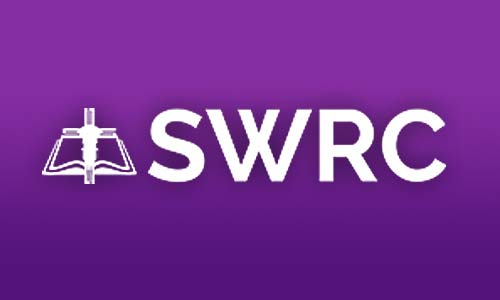 Founded in April 1933 by the late Dr. E. F. Webber, Southwest Radio Church broadcasts have been heard continuously since that time, making it one of the oldest daily religious programs on the air. The ministries of this non-denominational, evangelical organization continue to grow in an effort to share the Word of God in a globe-circling strategy outlined by its founder. Southwest Radio Ministries is instructional, evangelistic, missionary, and prophetic in purpose.

The president of the ministry and co-host of the program is Dr. Bob Glaze. Bob joined the ministry in 1996 as general manager. Upon the death of Noah Hutchings, Bob assumed leadership. He co-hosts the radio broadcast with Larry Spargimino. Bob also sets up the tours and prophecy conferences, has led tours around the world, and writes books and articles for the ministry. Bob has a Bachelor of Arts degree from Baptist Bible College at Springfield, Missouri, and an MA and PhD from Louisiana Baptist University.

Administration
Southwest Radio Church of the Air, Inc., is a 501(C)3 nonprofit organization and is so recognized by the U.S. Treasury Department. Contributions to the ministry are tax-deductible as allowed by the IRS codes.

Southwest Radio Church Ministries is governed by a board of seven trustees. Trustees are elected for one-year terms by the members and may be retained by the members by majority vote. Trustees elect within their own membership who are to serve as officers: president, vice-president, secretary, and treasurer. The officers of the corporation are also elected yearly. Duly appointed and elected members of the organization meet annually, or as provided in the by-laws, to receive stewardship reports from the Board of Trustees and direct the future course of the ministry by majority vote.

Funding
Southwest Radio Ministries has always been funded by individual contributions from our radio listeners. As a ministry of faith, leadership has been reticent to ask for pledges or specific tithes and contributions. The last four numbers of our toll-free line are 1144, which is the faith chapter, Hebrews 11, the 1144th chapter in the Bible.

The monthly budget for this ministry is $250,000. Half of this amount is for radio time and related expenses. The balance is for salaries for 15 full-time employees, missionary support, printing and publishing, postage, and general office expenses.

Today, approximately 10 percent of our budget is supplied by trusts, wills, and foundations. The remaining 90 percent comes from constituents who believe in our message and mission, and who are led by the Lord to give willingly and cheerfully.