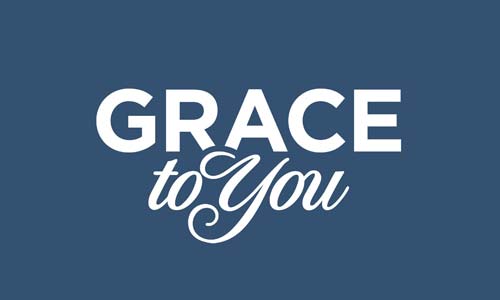 About Grace To You

On July 20, 1969, the world held its breath and watched as Michael Collins, Edwin Aldrin, and Neil Armstrong brought a 230,000-mile trip through space to a dramatic climax. In a blizzard of blowing white dust, they had come to rest on the surface of the moon.

The impact of Apollo 11 and Neil Armstrong’s “giant leap” has been felt by every generation since. NASA brought science into the living room, demonstrating that with teamwork and God-given ingenuity, what seemed improbable or impossible was actually within reach.

That’s why it seems appropriate that 1969—a year of important launches, improbable missions, and unpredictable outcomes—was the year Grace to You began.

The launch of Grace to You came with little fanfare. Just a few months before Apollo 11 landed, John MacArthur arrived at a small church on the outskirts of Los Angeles. Spawning a media ministry that would stretch to every corner of the globe was out of the question—the young pastor’s priority was simply to teach God’s Word.

But one man in the congregation immediately saw an opportunity and acted. Realizing some members were too ill to attend services, that church member began recording John’s lessons. That first tape contained a message titled “How to Play Church” and was the first resource produced by what would become Grace to You.

In the early years, the fledgling ministry captured John’s lessons on large reel-to-reel recorders and all the labor was carried out by part-time volunteers. By 1973, cassettes were circulating throughout the church and beyond. To meet the demand, one of the volunteers, Rick Draa, was hired full time.

In 1977, seemingly by accident, a few Grace to You tapes found their way on the air in Baltimore, Maryland, and “Grace to You” radio was born. Christian radio was blossoming into a powerful, personal conduit for feeding people’s hunger for God’s Word and we were riding the crest of the wave. For some, our half-hour of teaching was a supplement to their strong local church. For others, it was a lifeline.

Radio not only allowed us daily access to millions of people, but it fueled demand for other resources. As John began writing, Grace to You became the launchpad for developing, editing, and distributing his books and study guides.

As our audio and print resources broadened, so did our need for space and staff. Thanks to a loyal family of customers and supporters, Grace to You became an independent, self-funded, nonprofit company in the early 1980s and subsequently bought its own building. Our staff would soon encompass an amazing variety of fields, including recording engineers, technicians, writers, editors, graphic artists, secretaries, accounting personnel, and our customer service team. We also continued to rely on volunteer staff, as we do today.

The rest is history. God eventually allowed our resources to go beyond U.S. borders—we began planting offices throughout the English-speaking world. Today you’ll find us in Canada, India, and Europe.

Not only have we been able to cross geographical borders, but we’ve traversed several technological frontiers. Gone are reel-to-reel tapes and razor-blade editing—since the late 1990s our broadcast has been recorded, edited, and delivered to radio stations using computer technology. This website and our Bible and Sermon apps offer an endless supply of articles, videos, and study materials. We offer all of John’s messages in MP3 format, as well as “Grace to You” via podcast.

Our current level of ministry would have seemed impossible in 1969. In human terms, it was. What we’ve seen happen in over forty years of ministry is no monument to John MacArthur, our staff, or our ingenuity, but to God’s faithfulness to bless His Word. It is God who has brought about what we could not. By His power, we’re ready to tackle the many impossibilities that await us in the future. After all, if we can send a man to the moon . . .